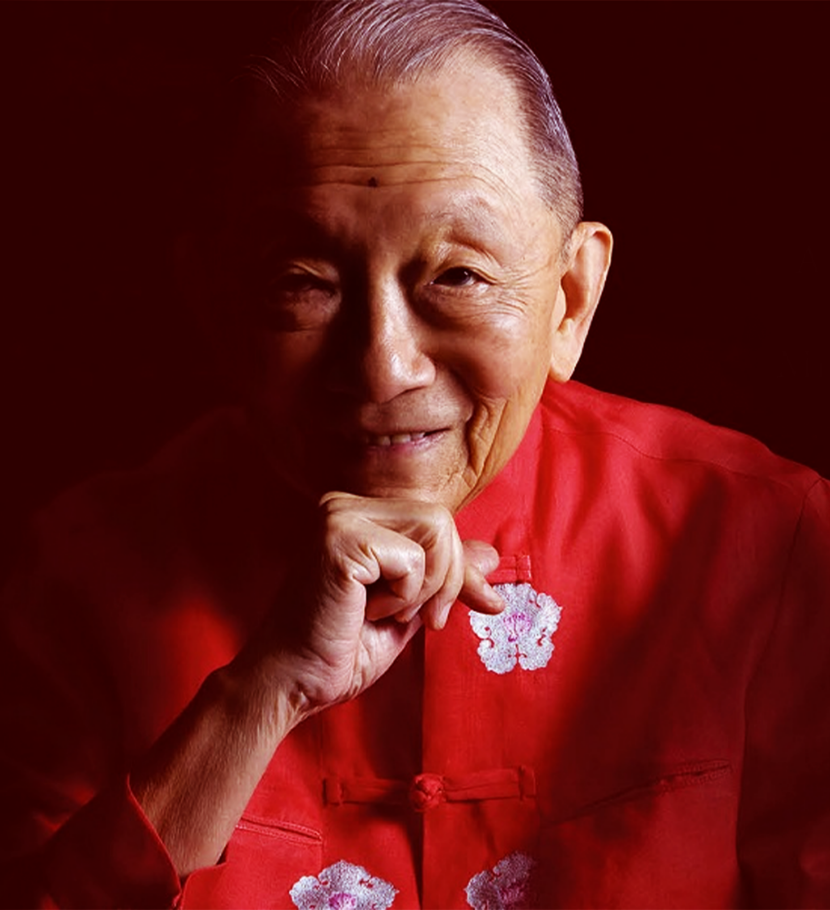 Wash, Only a Bookkeeper is a fine collection of Wash’s various experiences. We hope that the stories will inspire readers to emulate his love for country, professional integrity, and dedication to uplifting the lives of all Filipinos.

Wash was a ww2 codebreaker

In this special podcast produced by Pumapodcast in conjunction with the Youth Leadership for Democracy or YouthLed, we hear about the early life of SGV Founder Washington SyCip. In honor of Mr. SyCip’s Centennial, we featured 100 posts with photos, stories, quotes and life details of Mr. SyCip on social media.

Washington SyCip was a WW2 codebreaker

In this special podcast produced by Pumapodcast in conjunction with the Youth Leadership for Democracy or YouthLed, we hear about the early life of SGV Founder Washington SyCip. It is part of a series called “Bago Ang Lahat,” which will share inspiring stories about the early lives of the country’s heroes, leaders and historic figures. Most Filipinos know Washington SyCip as the founder of SGV, the Philippines’ most prestigious accounting - and now professional services - firm. Pero Bago Ang Lahat, he was a boy genius who would end up doing “James Bond stuff” in World War 2. His experiences led him to reform the accounting profession in the Philippines. Visit this link to listen to the podcast: Spotify – Washington SyCip was a WW2 codebreaker - Bago Ang Lahat | Podcast on Spotify

Advocate of Business and Management Excellence

By Elshamae Robles Originally Published on Manila Times on October 30, 2017. While Filipinos were rebuilding the country after the Second World War in 1946, Washington SyCip, a Filipino-Chinese, founded the local firm WSyCip & Co. to provide services to businesses recovering from the destruction,  Now known as SGV & Co (SyCip Gorres Velayo & Co.), the firm developed into one of the biggest accounting companies in Asia through its overseas business engagements. As the largest multidisciplinary professional services company in the Philippines today, SGV & Co currently audits a great number of publicly listed companies in the Philippine Stock Exchange,  It now employs 6,000 professionals in eight offices across the Philippines and spearheads social, moral and economic programs through its charitable foundation that helps underprivilaged Filipinos. Drawing his motivation from the saying, "The way to do is to be" of Chinese philosopher Lao Tzu, SyCip said in one of his writings that he had to start small in order to attain all his dreams.  "This is what inspired me, 65 years ago, to start a one-man accounting firm shortly after the liberation of Manila when World War II ended," he said. "I had big dreams but I was also realistic enough to acknowledge that I had to take it one step at a time." His advocacies revolve around the improvement of public education, microfinance, entrepreneurship and public health in the country.  A believer in the talent of Filipinos, he also sought to promote their economic freedom. But at the age of 96 — after his long pursuit in alleviating the country's poverty — SyCip died while on a flight to New York City on October 7, 2017. Remembering all his contributions to the country's economy and business management education, SyCip's former colleagues and loved ones paid tribute to him upon hearing the news of his passing.  Monumental Legacy Since June 13, 2001, SyCip served as the chairman and independent director of Cityland Development Corp. at Cityland Group Of Companies and City & Land Developers Inc. He also became the chairman of Lufthansa Technik Philippines Inc-JV, chairman of the board at STEAG State Power Inc. and co-chairman Of the MacroASia Corporation on December 14, 2015. As a businessman and philanthropist, SyCip helped people cultivate not only business but also their careers. "Washington SyCip was a towering pillar of the Philippine economy. For decades, he stood as an exemplar of excellence and integrity while shining the light of his sage guidance on our business community," former Finance Secretary Cesar Purisima, who used to head SGV & Co., said in a statement. "Our country will miss the weight of his presence. We will, however, move forward with the gift of his contributions to our society," he added. The Philippine Airlines (PAL) also said in a statement: "Mr. SyCip was a leader, advisor and guiding force behind many other Filipino businesses and philanthropic organizations, and an advocate of poverty alleviation, public education and economic freedom." SyCip was a member of PAL'S Board of Directors and a board member of sister firms in the Lucio Tan Group of Companies "No less than the Ramon Magsaysay Award Foundation hailed him as 'one of the most revered and beloved industrialists in the Philippines and in Asia' and awarded him Asia's most prestigious prize and highest honor," PAL said.  SyCIp had been instrumental in the establishment of the Philippine Business for Social Progress in 1971, the same yeat that the SGV Group expanded its influence in other countries such as Singapore and Malaysia. The following year, he focused on his task as chairman of the SGV Group and enabled the company to put up local branches in Cagayan de Oro, Zamboanga, and Bataan.  Champion in Education  People whose lives were touched by SyCip had witnessed how he invested in education to continuously attain excellence and deepen the integrity of individuals working in the world of business. "He's a great man, one of the best persons I've ever met. He loves the country. He is intelligent. He dedicated his entire life to excellence and was instrumental in improving business and society. We will terribly miss him," David Balangue, former chairman of the SGV & Co., said.  A remarkable mentor who inspired young people and business personalities to have strong moral principles, SyCip believed that making education available to all Filipinos could reduce the country's poverty. He also aspired to bring an Asia-focused management education to the country, as he often wondered why Filipinos excel abroad but not in the Philippines.